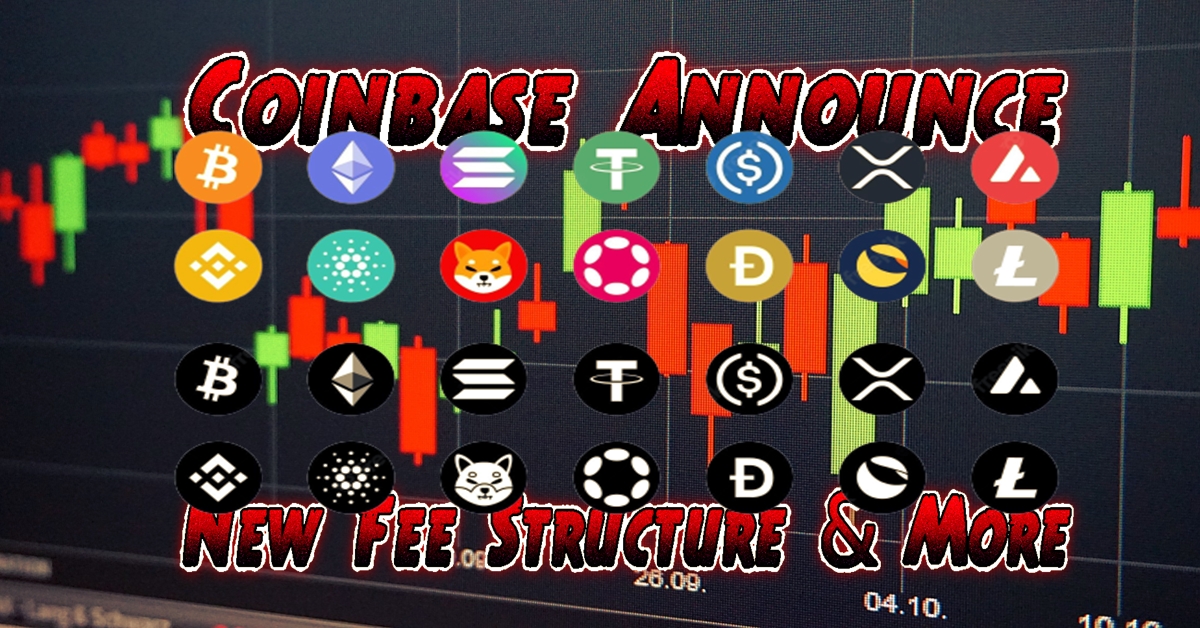 Video File:
The digital currency market is highly volatile. In the past month, the total market capitalization of all digital currencies has swung from a low of $281 billion to a high of $419 billion. These fluctuations make it difficult for crypto investors and traders to understand how much they’re spending on transactions and services.
The leading digital exchange, Coinbase, announced changes to its fee structure that will take effect in the coming weeks. The new fees are significantly lower than previous prices but may result in additional costs for users who have not yet completed the recommended actions to avoid an upcoming increase.

What Changes to Expect on Coinbase ?

Coinbase has announced the new fee structure for U.S. customers, which will come into effect on On Tuesday, September 20, 2022 at approximately 5pm ET. The table below compares the new fee structure with the old one. The most significant changes are the change in the base trading fee for all trades and the change in the fee for sending digital assets from one user to another.
The new trading fee is based on a tiered structure that charges higher fees for those who trade more often with lower fees for those who trade less frequently. The new fee structure will also introduce a minimum fee of $0.15 per transaction. The Coinbase change is expected to affect customers who send digital currency between their Coinbase accounts. The change in the transfer fee is due to the change in minimum fee and is not a new fee.

New Fees And Will They Be Charged Immediately ?

Is The Change Due To Recent Exchange Slumps ?

Yes and No. The exchange has not revealed the reasons for the changes, but the timing of the update is likely due to recent market events. The crypto market experienced a great surge in 2017 and early 2018 that saw Bitcoin rise to $20,000 per coin.
Since then, the market has experienced a huge slump. Cryptocurrencies are down between 30% and 80% in 2019. The recent changes to Coinbase’s fee structure may be an attempt to counter the falling market and Coinbase’s declining revenue.
Not only has the exchange seen a huge increase in the number of users but also the number of daily transactions. The exchange has remained competitive by cutting costs, including reducing staff and salaries. However, the exchange has also increased fees to make up for reduced revenue.