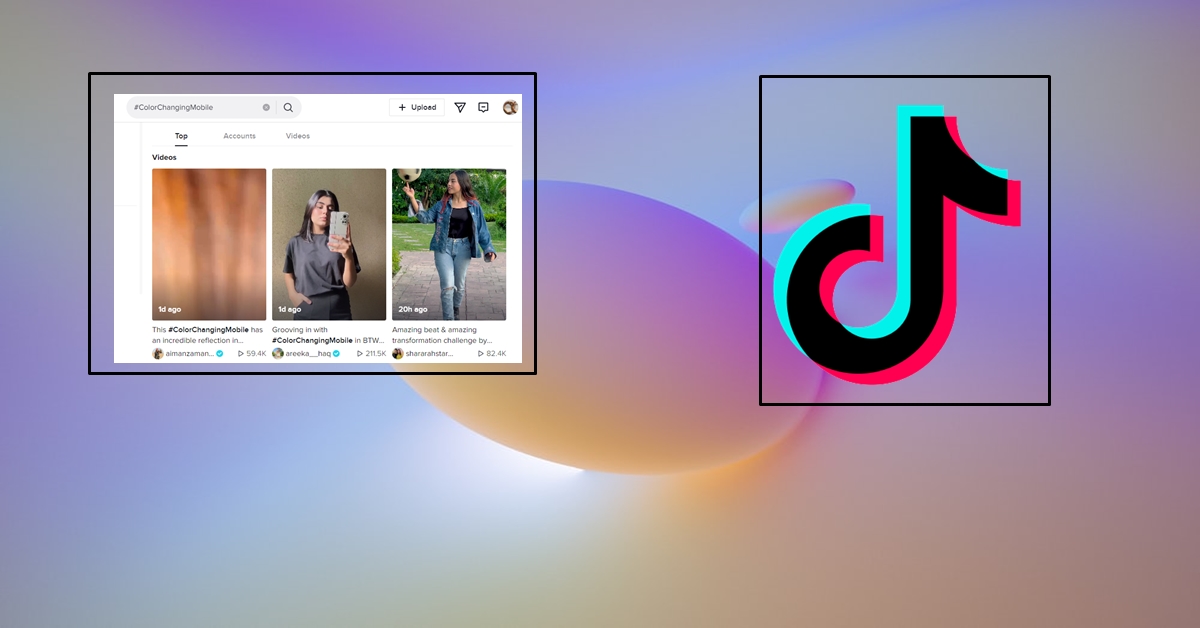 Play The Video Of The Article:
In the fast-paced world of social media, it is important to remain ahead of the curve and come up with new ideas that are relevant to your target audience. Keeping this in mind, Tecno Pakistan recently launched a campaign on Tiktok featuring top Influencers in the country.
This new campaign is centered around a theme that has caught the attention of consumers all over the world. The Color Changing Flag! It’s an interesting concept that works perfectly with mobile phones which have vibrant display screens that enable users to change their screen color at will.
With this campaign, not only did we hit the right chord with our target audiences but we were also able to spread our brand message about TECNO as a flagship brand for young adults as well as show off our products as flagships in their category.
TikTok has become popular among millennials, but TECNO has always tried to connect with them by developing customised product ideas. This alliance of technology fusion with BTW is an additional effort to engage the youth and offer them with the finest quality goods.

What Is The Tecno Color Changing campaign On Tiktok?

Tiktok is a wildly popular video creation and social networking service that allows users to create and share short video clips. It was developed by Chinese technology company Bytedance, and has its largest user base in Southeast Asia, India, and Latin America. It was launched in 2016, and as of December 2018 had over 1 billion users, making it one of the most popular social networking apps in the world.
It’s a great way to engage with your target audience and create content that is not only engaging but can also be used for brand promotion and word of mouth. This campaign featured top Tiktok Influencers like Sarabi, Paras, May Zayn, Shahzeel, Alishba, Sidra, Ejaz, Bina, Kami, Kunwa, and Alexandra.
These Influencers were chosen as they are known for creating content that appeals to the youth. With the help of these Influencers, we were able to reach out to a larger audience and create brand awareness for our flagship products.

Why A Campaign On Tiktok?

Tiktok has always been a social media platform that has been ahead of its time. From the way it was conceived to the way it is run, it is a platform that has always been at the forefront of social media trends. Keeping this in mind, we decided to launch our latest campaign on Tiktok.
Tiktok provides a great opportunity to engage with your target audience and create content that is not only engaging but can also be used for brand promotion and word of mouth. This campaign featured top Tiktok Influencers like Sarabi, Paras, May Zayn, Shahzeel, Alishba, Sidra, Ejaz, Bina, Kami, Kunwa, and Alexandra.
These Influencers were chosen as they are known for creating content that appeals to the youth. With the help of these Influencers, we were able to reach out to a larger audience and create brand awareness for our flagship products.

How Was The Idea Conceptualized?

During the initial phase of brainstorming, we took into account a few factors. The first was to select a theme that is relevant to our target audience. Secondly, it had to be something that can be easily relatable to our consumers. And lastly, it had to be something that is currently trending.
The Color Changing Flag seemed to fit all these factors perfectly. Since our flagship products are known for their vibrant display screens, we thought it would be great if we could tie in this feature with the theme of the Color Changing Flag. This would not only give the campaign a creative twist but also give our consumers something new and interesting to look forward to.
There was only one problem that we had to solve before we could move forward with the campaign. How do we get the official flag of the country? To solve this, we reached out to the Pakistan Embassy in Washington DC. They were happy to help us out with our request and sent us the official Color Changing Flag of Pakistan.

What Was The Creative Process?

Once we had the official flag, we reached out to some of the top Tiktok Influencers. We asked them to come up with their own unique way of changing the flag on their phones. As expected, the results were highly entertaining and were perfect for social media. The Influencers created a lot of buzz for the campaign with their fans on Tiktok as well as on other social media platforms.
The campaign was also featured on a few news channels including Bol, Express, and Dunya News. All these efforts helped us achieve the desired results, and the campaign was a huge success! The Color Changing campaign on Tiktok received over 1.5 million impressions with a total of 12.8 million views.

What Are The Highlights Of This Campaign?

The highlight of the campaign was the fact that it was able to create a lot of buzz around the Color Changing Flag of Pakistan. It also helped us reach out to millions of people across the country. This campaign highlighted the vibrant display screens of our flagship products as well as the feature of the Color Changing Flag.
The campaign received a positive response from our consumers. Tiktok users were extremely excited to see their display screens being featured in a unique and creative manner. This campaign also helped us create brand awareness for our flagship products. The campaign was featured on many news channels, and it created a lot of buzz around the flagship products of TECNO.

Social media campaigns are a great way to engage with your target audience and create content that is not only engaging but can also be used for brand promotion and word of mouth. This campaign was a great example of how a social media campaign can be beneficial to both the brand and influencers.
It received a lot of attention from its target audience, which was great for brand awareness. It also helped the influencers earn some additional revenue from the campaign since they were given a commission for every new user that joined the app due to their posts. Overall, this campaign was a huge success and helped TECNO reach out to a larger audience.
Tiktok has always been a wonderful source of amusement for young people. You can create a fashionable mixed-up costume using TECNO Mobile and BTW by following the transformation video and posting it on your Tiktok with #ColorChangingMobile. As the campaign develops, there will be plenty of surprises for participants and fans.