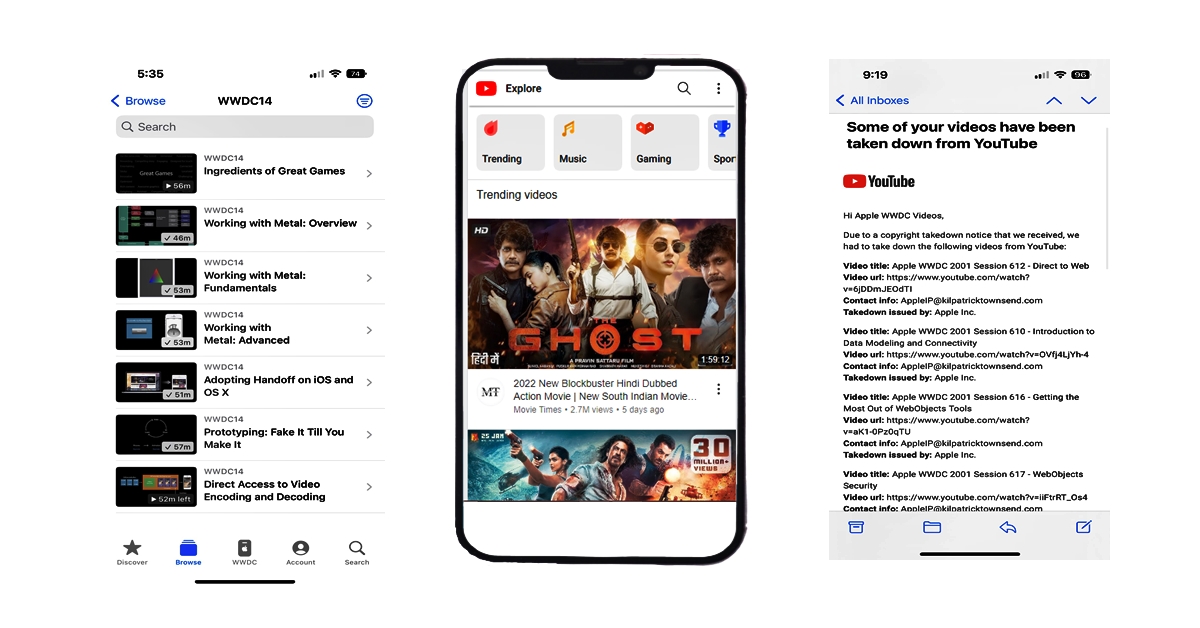 Play The Video Of The Article:
Apple has removed a fan-made YouTube account that archived past conferences. Copyright claims forced “Apple WWDC Videos” to close down. “Apple WWDC” was a YouTube channel that archived footage from previous Apple development conferences.
After its shutdown, the channel contained hundreds of old video clips and photos from previous conferences. Some of the content was decades old and included presentations by Steve Jobs, the late CEO of Apple. Brendan Shanks, the account’s owner, took to Twitter to express his objection.
He wrote, “Congratulations, Apple! You’ve taken down my YouTube channel with hundreds of...twenty-year-old WWDC videos! I wouldn’t want anyone to understand how Mac OS X, Darwin, Aqua, or WebObjects worked.” Shanks had used YouTube to store decades-old footage from Apple’s past conferences, so there is no chance of an appeal going in his favour.

Apple owns the copyright to the footage, so there is no chance of an appeal going in his favour either. There hasn’t been any statement from Apple about why it decided to take down a channel containing old conference videos. The same thing occurred in 2020, when Apple removed an Apple-themed web archive.
Despite the channel's removal, Shanks hasn't given up on his goal. He says he still has all the footage and is currently transferring it to the Internet Archive, a nonprofit organisation that preserves web content. The Jobs family maintains an archive of Steve Jobs clips, emails, and other records from his time at Apple in addition to emails.