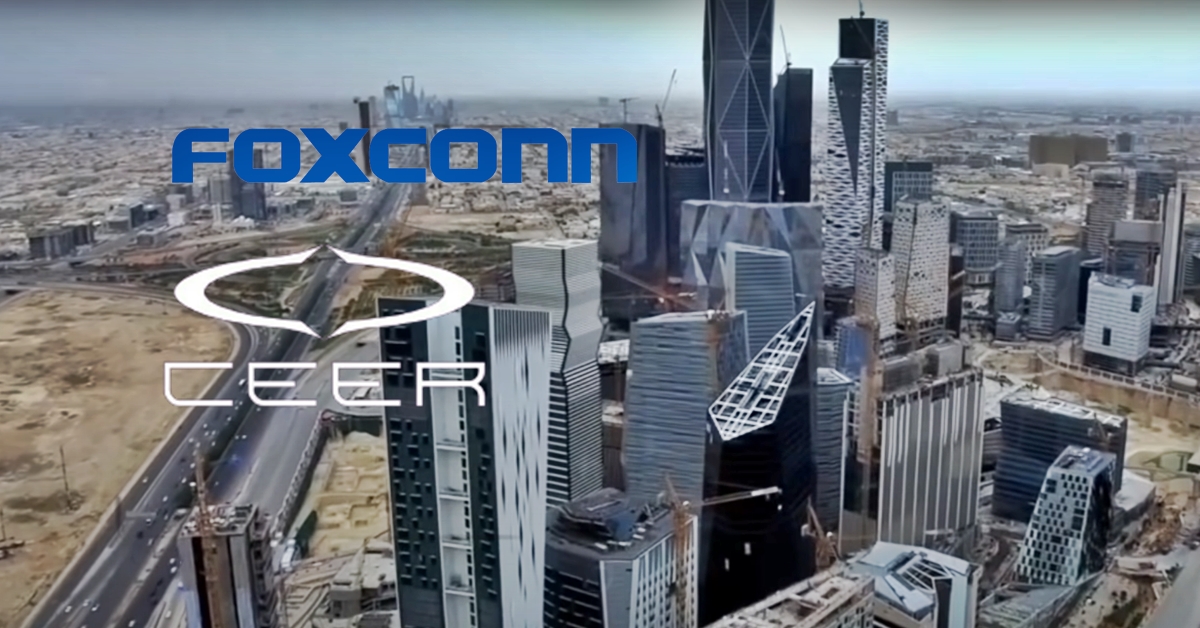 Play The Video Of The Article:
Saudi Arabia’s sovereign wealth fund has formed a joint venture with Foxconn to develop and sell electric vehicles in an effort to diversify the economy as part of the Vision 2030 initiative. Ceer, a new corporation formed by Saudi Arabia, will develop, manufacture, and sell electric vehicles using BMW's component technology.
Foxconn, the Taiwanese manufacturing firm that manufactures Apple iPhones, will construct the electrical architecture of the cars as part of a portfolio of products that will include infotainment, connectivity, and autonomous driving technologies. The cars will be available from the Ceer brand in 2025.
According to the Crown Prince Mohammed bin Salman’s Vision 2030 plan, the Saudi Public Investment Fund, or PIF, created Ceer to the first EV brand and attracted over $150 million in foreign direct investment, creating up to 30,000 direct and indirect jobs.
FDI is a key component of Crown Prince Mohammed bin Salman’s Vision 2030 plan. The national investment strategy announced last year commits the country to investing over $100 billion in FDI annually by 2030. By 2034, the Ceer brand is anticipated to contribute $8 billion to the country’s GDP, according to the PIF.
PIF has made a number of its own investments in EVs and other clean technology. In 2018, PIF invested $1 billion in Lucid Motors, making it the firm's leading shareholder. In spring 2022, Lucid Motors, owned by the PIF, made a commitment to purchase 50,000 EVs in addition to an option to purchase up to 50,000 vehicles over the next 10 years.
The PIF, which owns 61% of Lucid Motors, made an initial commitment to purchase 50,000 EVs in spring 2022 in addition to an option to purchase 50,000 vehicles over the next ten years. Foxconn has been making more moves in the automotive industry, particularly with EVs.
Foxconn has collaborated with Lordstown Motors and Fisker to produce EVs. In October, Foxconn chairman Liu Young-way said at Hon Hai Tech Day that he wants to replicate the company's success in manufacturing consumer electronics in manufacturing EVs for automakers.