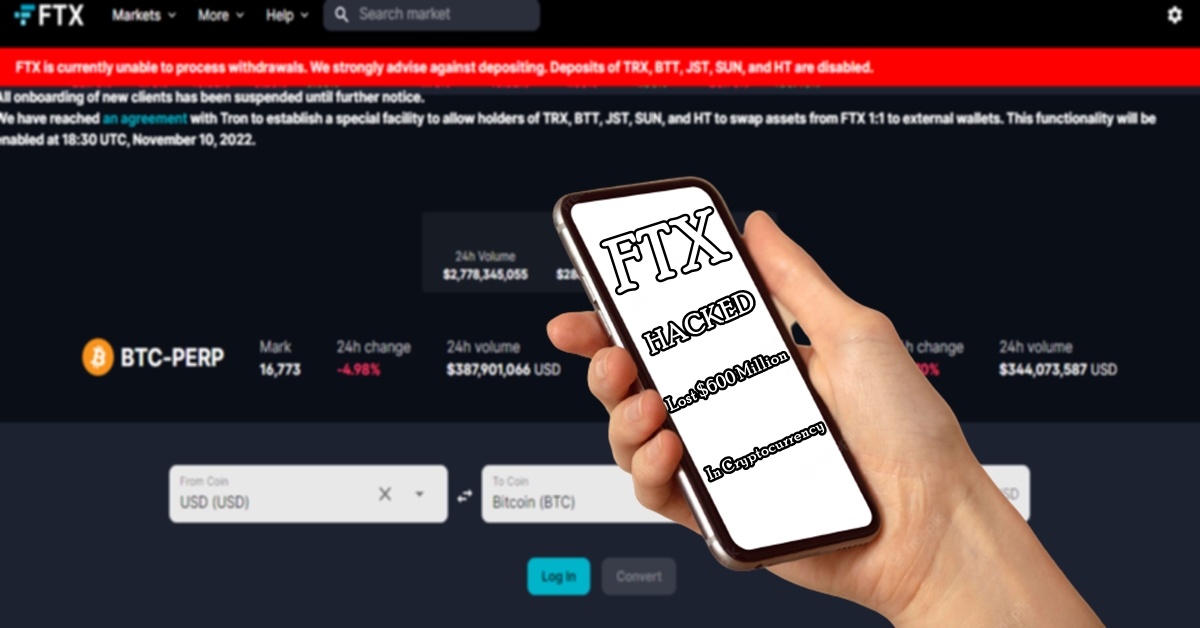 Play The Video Of The Article:
The cryptocurrency exchange FTX reported Friday that a “hacking” incident had diverted hundreds of millions of dollars in assets. A company in a state of financial and reputational free fall, the once-reputable and heavily promoted cryptocurrency exchange was investigating irregular asset transfers on Friday after it was hit by a barrage of complaints from users.
As much as half a billion dollars may have been stolen, subsequent investigation revealed. Customers of the exchange began to complain on Twitter that their funds had disappeared late Friday. As of 11:52 p.m. Friday, the following message was posted on the exchange’s Telegram channel:

FTX has been hacked. All of our funds appear to be gone.
FTX apps are malicious. Delete them.
Don’t visit the FTX website, as it might infect you with Trojans.

There have been a lot of strange wallet activity on the FTX blockchain lately, and Ryne Miller, the firm's general counsel, has expressed concerns about the consolidation of balances across exchanges. There is no confirmation of this yet, so we don't know if other movements are genuine.
We will provide more information as soon as we can. Due to the fact that there are still funds remaining in the company's wallets, Miller says that FTX is routing the remainder to cold storage in an effort to block future transactions. According to an internet monitoring firm called Elliptic, $701 million in various cryptocurrency asset types were transferred out of the crypto exchange's vault on Friday night.
$515 million in assets may have been stolen, while $186 million may have been transferred into cold storage in addition to FTX's assets. The hackers transferred a variety of tokens, including Solana, Ethereum, Tron and Binance Smart Chain, into three different wallet addresses.
They then routed at least $220 million through decentralized exchanges to avoid seizure of the stolen assets. The timing of the hack raised suspicions, with some speculating that it was an inside job by FTX insiders trying to rip off clients and steal half a billion dollars.
The cryptocurrency exchange firm FTX has imploded, with the CEO stepping down after it was revealed that the company used customer's money for its own risky trading activities. A billion dollars in customer funds is said to have gone missing, with most of the money going to the CEO's own company.
The financial hole was revealed in records that Bankman-Fried shared with other senior executives last Sunday. The records provided an up-to-date account of the situation at the time. The company's finances were briefed to senior staff.