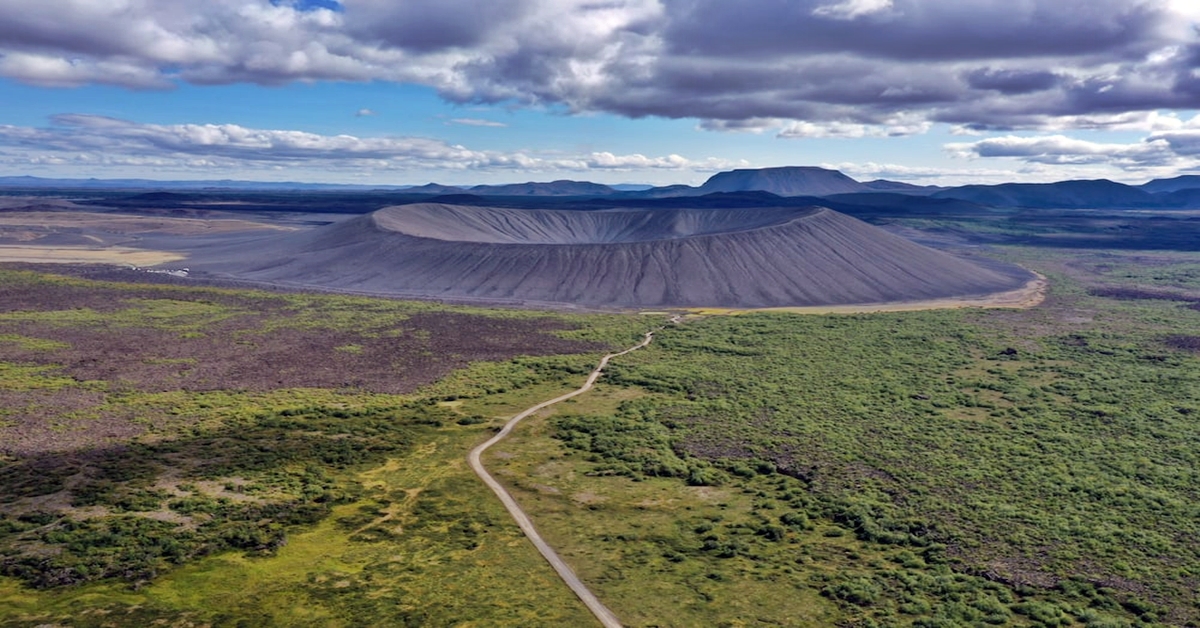 Volcanoes are unpredictable creatures. The moment we think one is dormant, it springs to life and reminds us why they are such compelling natural phenomena. Volcanoes can remain dormant for decades or even centuries before exploding back into action seemingly out of the blue.
This unpredictability makes it difficult to know when a volcano will erupt next, but scientists are working on new techniques that may make eruption prediction easier than ever before. With so many active volcanoes around the globe, this article is timely and important – in case you’re thinking about booking a holiday somewhere with lots of hot springs any time soon.

What Is A Volcanic Eruption?

A volcanic eruption is when magma from deep inside a volcano reaches the surface. The eruption happens when the pressure inside the volcano becomes too great and the rock inside is broken by the release of gas and fluids. The eruption is spectacular and terrifying at the same time.
The sudden escape of gas and fluids from the volcano combined with the movement of molten rock generates a lot of noise and releases huge amounts of dust, ash, and toxic gases into the atmosphere. A volcanic eruption can be described as a loud, explosive event that expels a mixture of molten rock, volcanic ash and gases from a vent in the Earth's surface.

Scientists are constantly researching how to better predict volcanic eruptions. Volcanologists use a range of techniques to track sub-surface activity. These include measuring the amount of seismic activity, ground swelling, and changes in gas content within the atmosphere.
Volcanologists can also create computer models that simulate the behavior of a volcano and its surroundings. The models use data from these monitoring techniques to forecast movement within the volcano and determine the likelihood of eruption.
However, despite the high-tech monitoring techniques used, the models have difficulty predicting eruptions. This is because the volcanoes are complex systems that are extremely sensitive to their environment. Any change in the surrounding conditions can have a huge effect on the volcano.

Magma, the molten rock within the volcano, is a mixture of various minerals that are dissolved in a liquid. The most common minerals are silicon dioxide (SiO2), iron-titanium oxides, and calcium-magnesium oxides. This is a fairly simple recipe until you look at the amount of each chemical in the magma.
The proportion of each mineral and chemical in the magma determines the chemical makeup of the lava and how it will behave when it reaches the surface. However, there is a new chemical trend in the magma that may help in predicting future volcanic eruptions.
Researcher Ian Macdonald and his team discovered that magma is forming a type of chemical foam. This means that bubbles of gas are trapped within the magma and expand as the chemical reaction within the lava progresses.
They found that magma below a volcano’s surface is forming a foam-like structure. This discovery could help volcanologists better understand the chemical processes that are happening inside a volcano.

The breakthrough discovery of magma foam is a fantastic development that will allow volcanologists to better understand the inner workings of a volcano. However, these findings alone are not enough to accurately forecast eruptions. To predict future volcanic eruptions, the scientists will need to create an algorithm that integrates all their findings.
This algorithm would combine the chemical data with the computer model and be able to determine the likelihood of eruption. This is where machine learning would come in. The algorithm would analyze all the data and create a model that could then be applied to other volcanoes.
This technique is already used in many other fields to predict future events. There are smog prediction systems, weather forecasting models, and even algorithms that can detect malicious online behavior.

The techniques used to forecast volcanic eruptions are constantly evolving. As researchers discover new patterns and data, new techniques are developed to better understand and forecast volcanic activity. The discovery of magma foam is an important development that could allow scientists to create more accurate computer models and algorithms.
This would help volcanologists better understand the behavior of a volcano and provide an insight into future activity. This is not a fool-proof system, but it is vital that scientists keep researching new techniques that could help save lives from impending eruptions.